Breastfeeding is recommended by the World Health Organization as the best option for the developing infant1. Where breastfeeding is not possible, infant formulas provide a nutritious substitute, with advances in technology enabling more sophisticated formulas to be produced.

Both human and bovine milk are complex matrices of nutrients and bioactive compounds, developed by nature to support growth and development. The protein in both human and bovine milk is composed of two main types: whey and casein, although the ratio of these varies between species; from 60:40 whey:casein in mature human milk, to 20:80 in cows’ milk. Both types of proteins are high quality, meaning they have an excellent essential amino acid profile that is well digested and absorbed by the body.

Whey proteins in general and their constituent fractions have shown many nutritional and physiological benefits across the lifespan, not least, supporting infant growth and development. During digestion in the small intestine, whey proteins are broken down to amino acids and peptides, with the latter being suggested to exert physiological effects beyond just amino acid absorption.

Sleep is critical for infant growth and development, particularly brain development3. Serotonin and melatonin are known to be key regulators of sleep across the lifespan; however, serotonin cannot cross the blood-brain barrier, thus it must be synthesized within the brain. The amino acid tryptophan is a precursor for serotonin and an amino acid able to cross the blood-brain barrier, hence it plays an important role in serotonin production.

Figure 2. Transport of TRP across blood-brain-barrier and subsequent serotonin synthesis.

The mean concentration of tryptophan in breast milk is around 2.5%, whereas standard formulas are only around 1-1.5%2. As discussed later, utilizing bovine alpha-lactalbumin in infant formulas can close this gap, as alpha-lactalbumin rich ingredients are higher in tryptophan than standard whey protein powders. 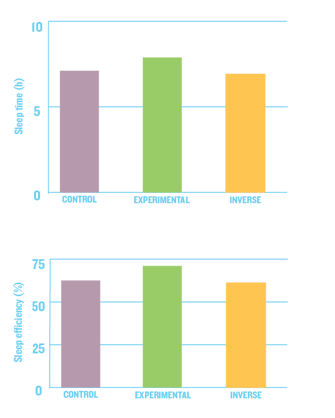 The infant gut is immature, and a number of factors influence its development, most notably the nutrients and bioactive compounds found in milk. With protein being a main component of mammalian milk, it’s no surprise this key nutrient influences gut and immune function.

In addition to serotonin’s influence on the sleep/wake cycle and central nervous system, it has also been reported to play a key role in gut motility and immune capability, while tryptophan itself has regulatory roles within the gut2.

One study investigated the incidence of E-coli induced diarrhea incidents in rhesus monkeys fed either standard formula, alpha-enriched formula or breastmilk8. Researchers found that not only were there fewer incidents in the alpha-fed monkeys than those fed standard formula, but this group also did not differ from the breastfed group, highlighting a closer match to the gold-standard recommendation.

A CLOSER MATCH TO MOTHER’S MILK 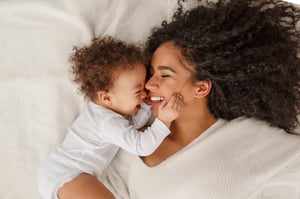 By better matching the protein profile of breastmilk through ingredients such as alpha-lactalbumin, the overall protein content of infant formulas can be lowered, while still meeting infant’s amino acid needs and without compromising growth, development and long term health10.

Although standard bovine whey protein does contain some alpha-lactalbumin (~15-20% of total whey protein), utilization of advanced membrane and processing technologies enables manufacturers to increase the level of alpha-lactalbumin in whey protein ingredients, thus allowing infant formula producers to bring formulations closer to the composition of breastmilk.

This closer matching to breastmilk is supported by the similar amino acid composition of bovine and human alpha-lactalbumin, as shown figure 2.11.

Figure 4. Amino acid composition of alpha-lactalbumin from both cows’ milk and human milk11

Whey protein is composed of several protein fractions, with alpha-lactalbumin being the largest fraction in human milk. Bovine alpha has a very similar amino acid profile to human alpha and utilizing it as an ingredient in infant formula enables growth, development and nutritional support closer to breastfed infants. Alpha has been shown to have a number of benefits, including supporting the sleep-wake cycle, immune system and gut development. Breastfeeding is recommended as the optimal choice for infant growth and development. When this is not possible, sophisticated formulas – such as those containing alpha-lactalbumin - provide a valuable substitute.

At Milk Specialties Global, our scientists and engineers work relentlessly to create high-quality ingredients designed to optimize health and nutrition. With this in mind, our NutriPRO™ Alpha-Enriched range was developed to enable infant formula manufacturers to provide more sophisticated products that better support infant growth and development. Within this range are both whey protein concentrates and isolates, with 2 to 3 times the level of alpha in standard whey protein.