ON FARM NECROPSY: 3 KEY ELEMENTS OF A MISSED OPPORTUNITY 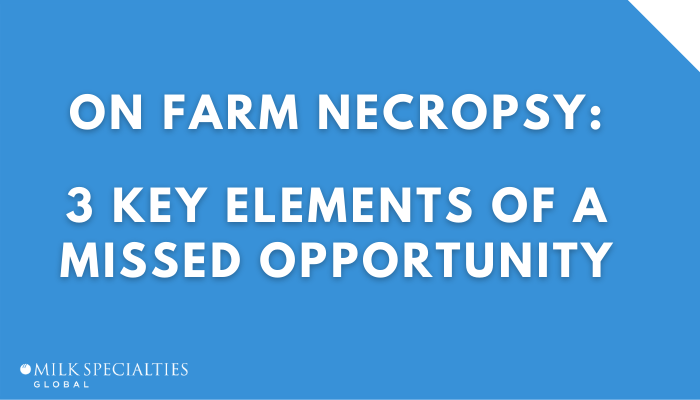 Unfortunately, mortality is a reality we must face when raising milk fed calves. Necropsy is a post-mortem evaluation done to assess the cause of death. Many people believe necropsies are only performed to determine cause of death, but there are additional insights we can gain from this procedure. With on farm necropsy, we can gain insight on how well the overall operation is performing.

There are three key elements to focus on when performing a necropsy on milk fed calves that can be used to evaluate potential management opportunities.

IS IT OKAY FOR THE GRAIN BUCKET TO BE EMPTY? 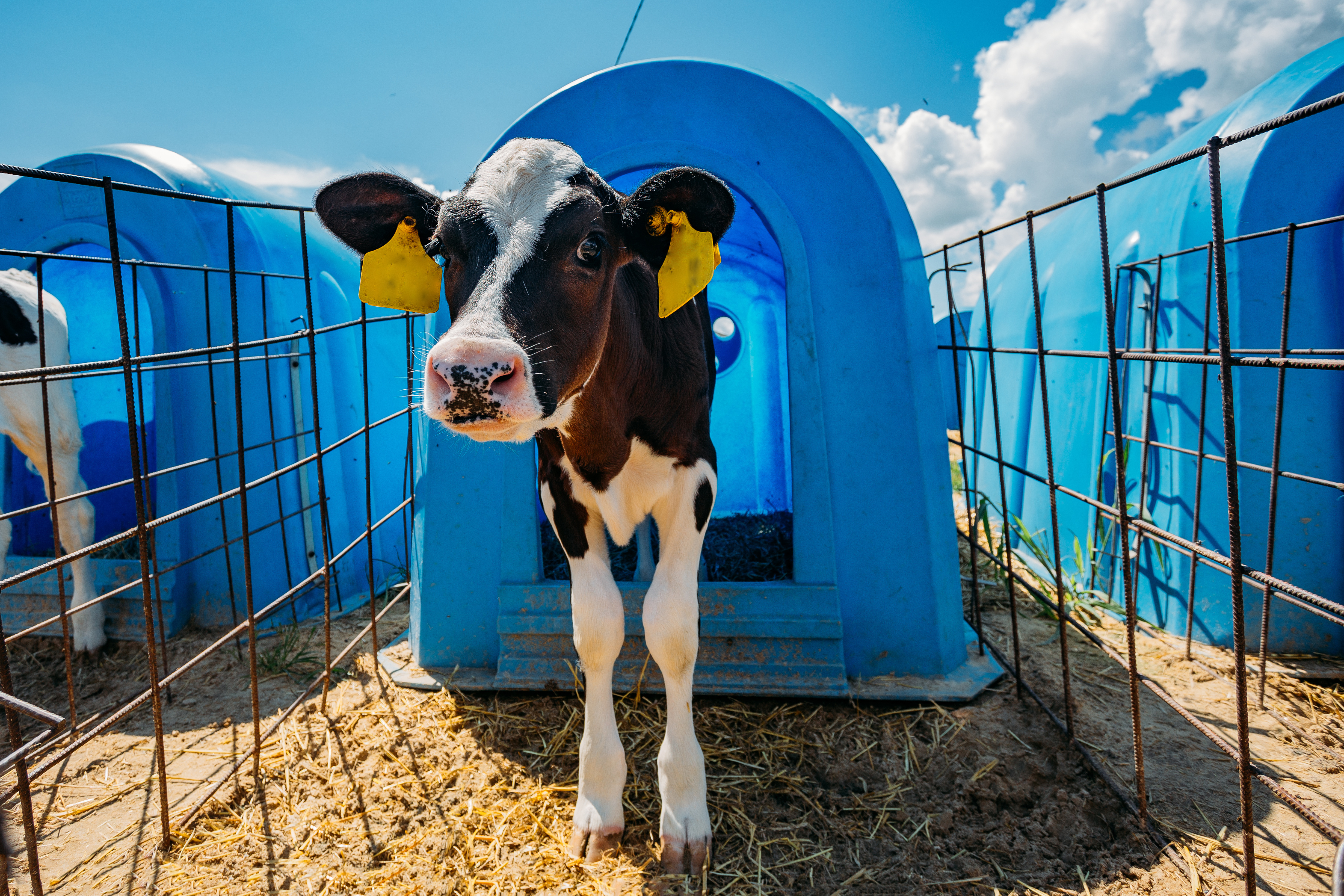 USES FOR A BRIX REFRACTOMETER ON THE FARM

A refractometer with a brix scale is a very useful device for monitoring the nutrition and health of dairy calves. It is a durable piece of equipment that will last many years if cared for properly.

WHAT IS A REFRACTOMETER?

A refractometer is a device that can be used to measure the sugar or solids content of various
solutions. There are manual (figure 1) and digital (figure 2) versions, both of which work very well on the farm. The manual type is usually available for less than $100. Refractometers are available with different types of scales to measure specific gravity, total solids, and Brix. Uses for a Brix refractometer are discussed below. Your herd veterinarian can help you select the most appropriate model for your farm. 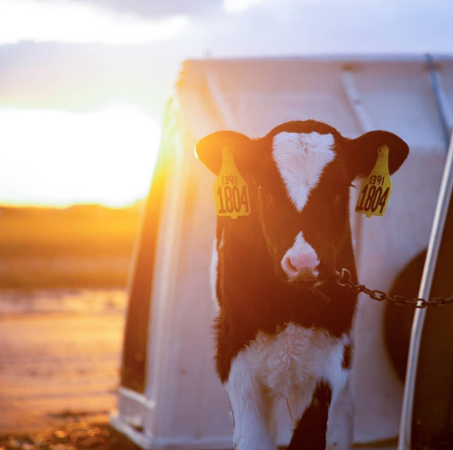 The US dairy industry, along with our nation and world, are experiencing unprecedented and extreme challenges related to the current COVID-19 pandemic. While milk volumes are increasing across the nation due to ‘spring flush’, demand for dairy products has dropped significantly. In response, many cooperatives and dairy manufacturers have resorted to dumping milk, decreasing milk purchases, or implementing tiered pricing structures.

DEHORNING: HOW TO MAKE A NECESSARY JOB EASIER WITH LIDOCAINE BLOCKING 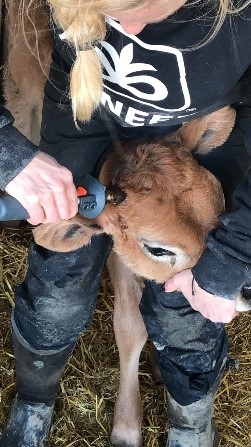 Until polled genetics become more available in the dairy industry, dehorning is a necessary task on the farm.  Dehorning is a painful process; therefore, it is necessary to provide pain management to the calf. Dehorning should be performed prior to eight weeks of age The younger the calf the faster they seem to recover from the procedure.  You can offer pain management by Lidocaine blocking and offering a drug like Meloxicam. Lidocaine and Meloxicam are both very economical choices, just make sure you receive a prescription from your veterinarian.

Colder weather has descended on many parts of the U.S. dairy country, and that means we need to pay increased attention to the impact of cold stress on young dairy calves raised outside. Calves less than 3 weeks of age are most susceptible to cold stress because they are born with very little body fat reserves to draw upon and do not consume very much calf starter at this young age. These young calves must rely on the energy being provided by the liquid diet they are consuming to meet their energy requirements for maintenance (basic body functions such as digestion, immune function, and nutrient metabolism) and for growth. 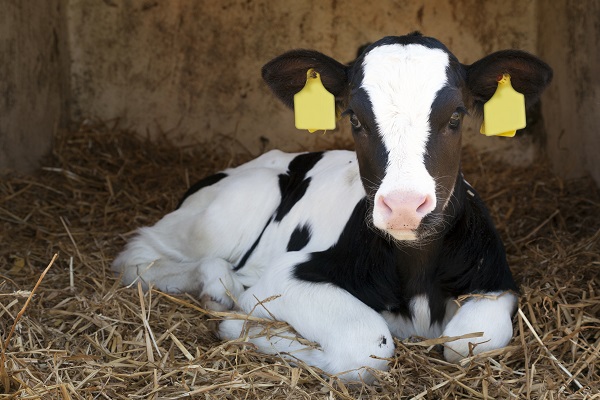 The appropriate bedding for a calf varies from a thin layer of straw, sand or wood chips in the summer to a deep layer of an insulating straw where a calf can nestle into the bedding to stay warm as the temperature drops. 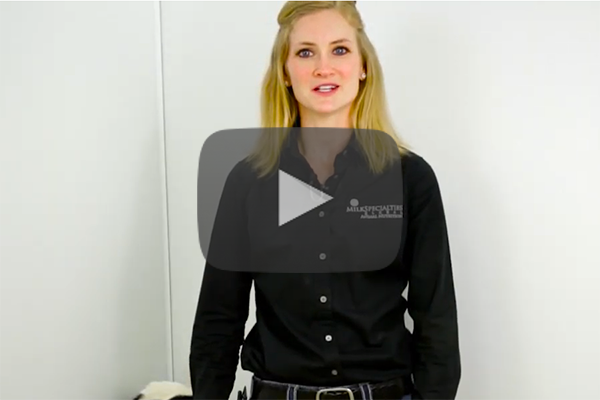 Medications such as Banamine® (for pain) must be injected directly into a vein. In this movie, Elizabeth demonstrates how to administer an intravenous injection to a young calf. 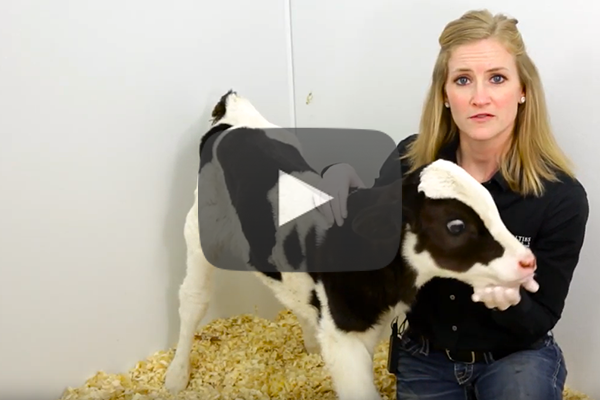 An esophageal tube feeder is an essential tool for feeding colostrum to newborn calves and for administering fluids to sick or dehydrated calves. For some calf raisers, the idea of tubing a calf may cause some anxiety over possibly hurting the calf or causing fluids to enter the lungs.