THE THREE GOLDEN RULES FOR YOUR HERD'S ENERGY BANK 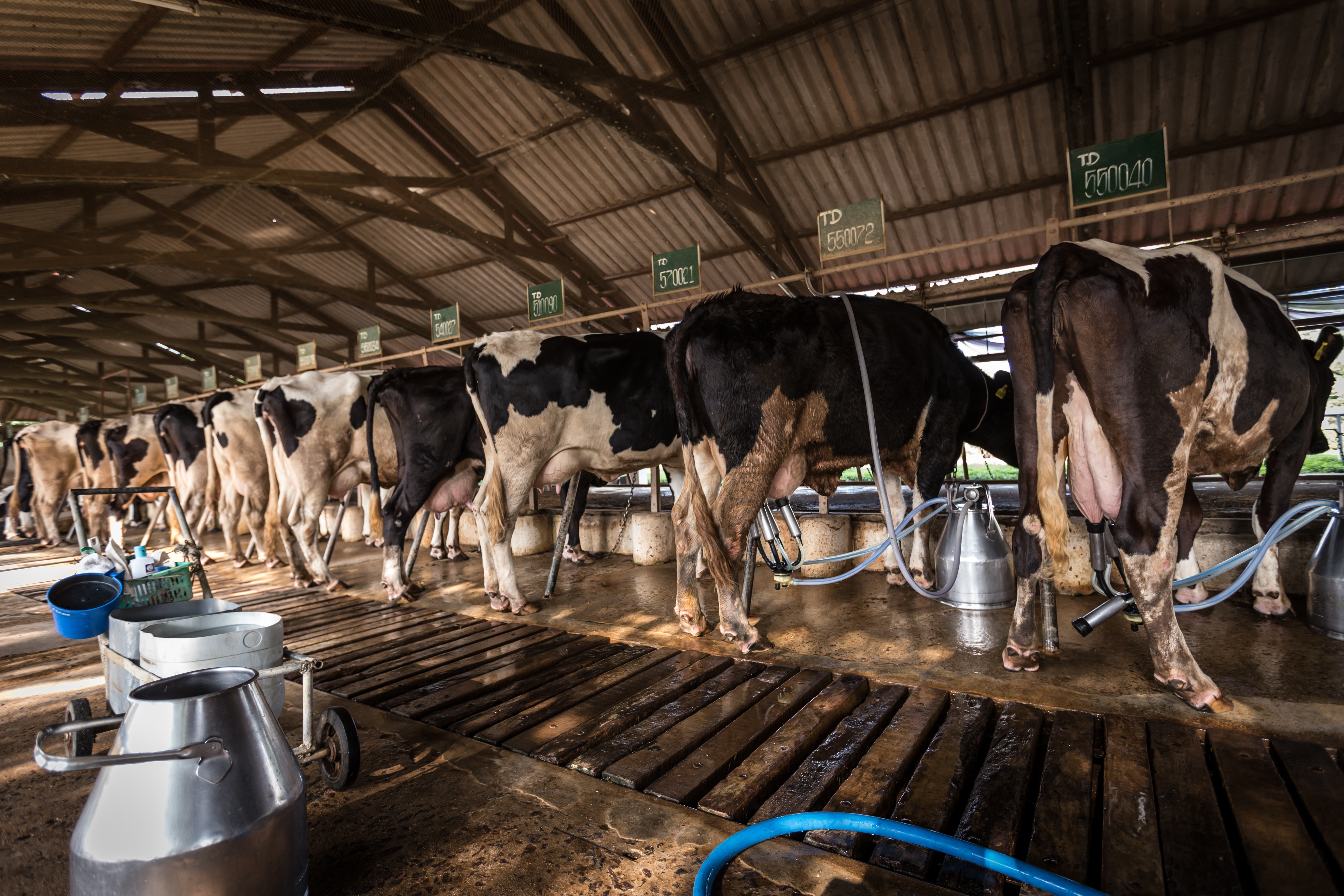 In today’s challenging economic situation for dairy producers, critical economic decisions will be made in a number of areas—including feeding programs. At the January 2009 Illinois Dairy Days program, three Golden Rules for dairy production were discussed for those who intend to stay in business. These rules are:

Each of these rules is quite dependent on the energy status of cows. Think of cows as an “energy bank”. They take energy in and use it in various ways, which then determines what the returns for this energy investment will be. Cows do not make the rules for how they use energy, but there are some common principles they follow.

First, energy is required for body maintenance. If energy is not adequate, cows will deteriorate, not produce milk well, and will deplete their own body condition. Their health will be compromised. Then, if they survive, it will take time for them to fully recover, which also takes energy over time.

The most valuable currency to deposit in the cows’ energy bank is dietary fat because it has 2.25 times more energy than protein and carbohydrate. As Mike Hutjens recently stated, “Aspects that could be economically wrong decisions include removing fat and oil sources...”1

What about fat decreasing dry matter intake (DMI)? That depends on the fat source. There are three primary categories of fat that can be “deposited in the energy bank”: triglycerides (tallow and oils), saturated free fatty acids (such as Energy Booster 100®), and calcium soaps of fatty acids (CSFA).

Cows do not like greasiness from liquid tallow or oil. Cows also decrease DMI related to dietary unsaturated fatty acid (UFA) sources. When UFAs from CSFA escape ruminal biohydrogenation, it results in release of more cholecystokinin (CCK) in the small intestine, which decreases rumination and DMI.2, 3 In fact, the 2001 Dairy NRC on page 31 makes it clear: “Calcium salts of FAs decreased dry matter intake by 2.5 percent for each percentage unit in the diet above control.... Added hydrogenated FAs and tri-glyceride did not decrease dry matter intake.”4 Ruminal biohydrogenation of UFA also produces low levels of trans-10, cis-12 C18:2, which is a potent milk fat depressant. 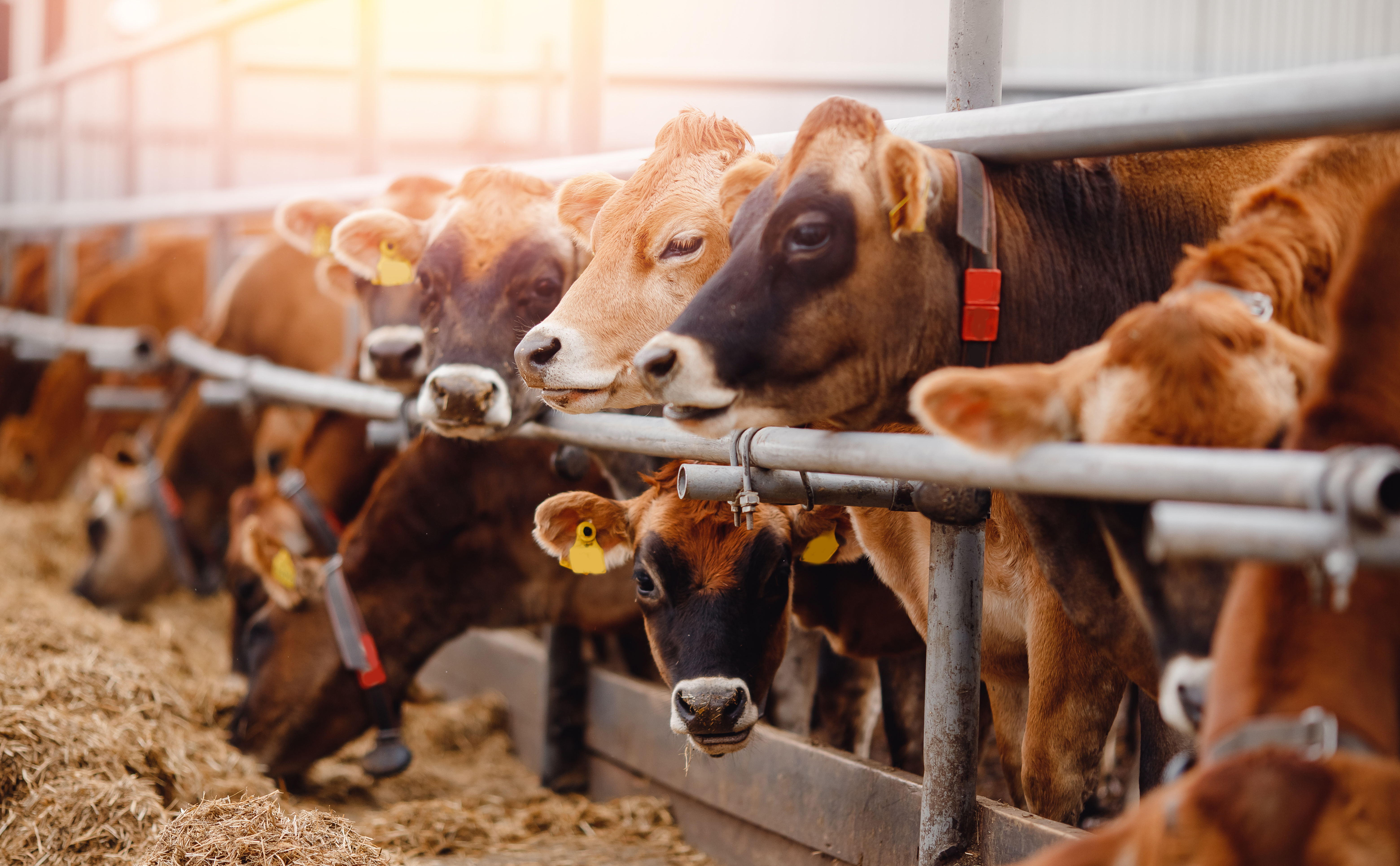 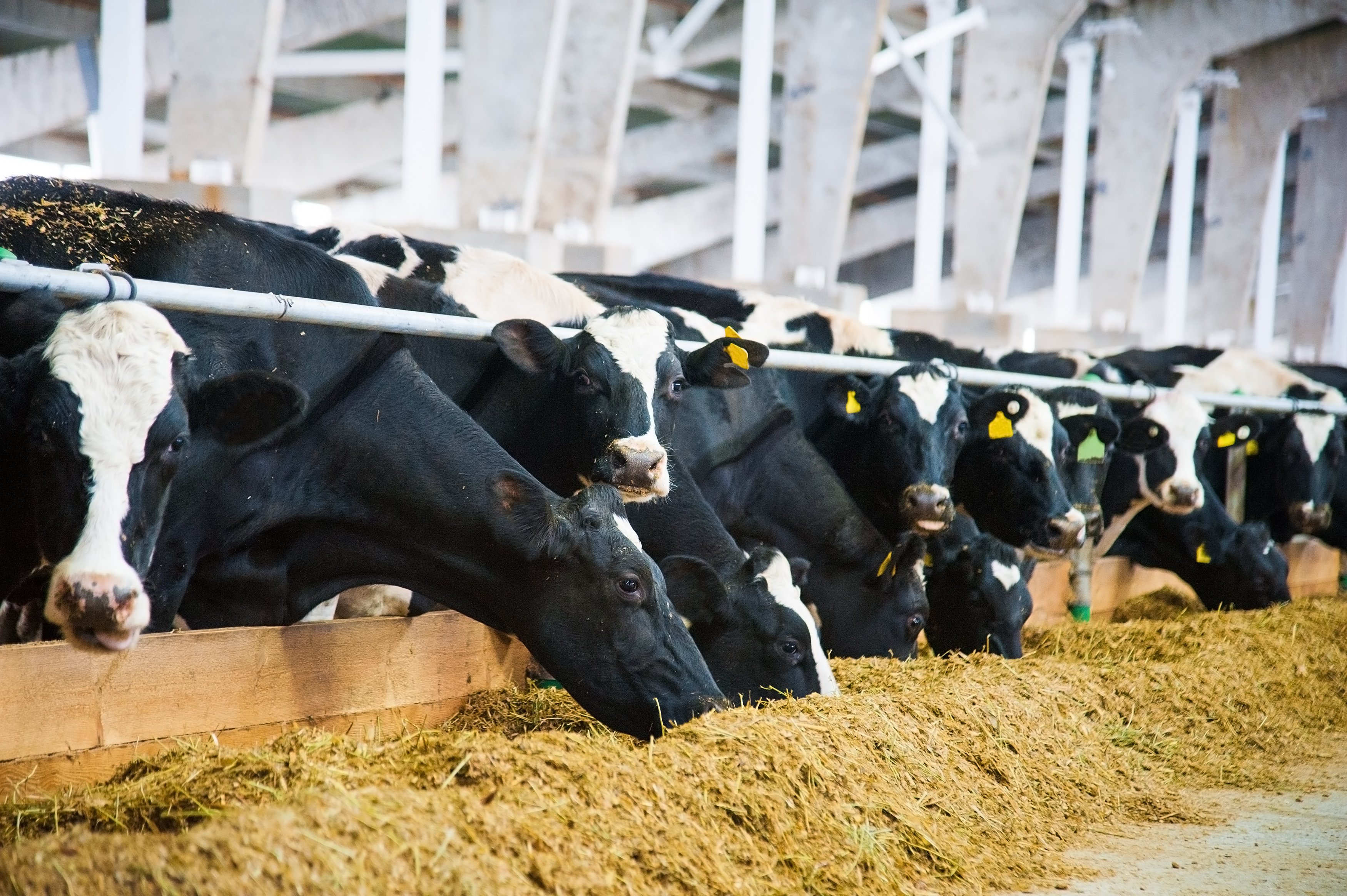 Proper nutritional management of the transition cow helps reduce the risk of fresh cow metabolic problems, increase milk production, and maximize fertility. Recent research indicates that the fatty acid profile of dietary fat may significantly affect the amount of fat that accumulates in the liver of early lactation cows.

Fat deposition occurs in the liver of all dairy cows around the time of calving. The clinical disorder, which often is termed "fatty liver syndrome”, appears when excessive fat accumulates in the liver. Outward signs in- clude a generalized failure to "come into milk," reduced immune function and increased incidence of other common post-calving diseases & dis- orders such as ketosis, poor responses to treatment for other diseases, decreased milk production, & impaired reproductive performance.

Cows are in negative energy balance during early lactation. Mobilization of body energy reserves to meet the energy needs of milk production also results in the accumulation of fat in the liver due to the liver’s limited ability to metabolize or secrete fats.

Stearic Acid Does Not Accumulate in the Liver

Recent research has shown that dietary fats high in stearic acid (C18:0) and low in palmitic (C16:0), oleic (C18:1) and linoleic (C18:2) acids may reduce liver triglyceride accumulation in early lactation cows. Stearic acid appears to be preferentially used by either the liver for oxidation (energy) and/or by the mammary gland for milk fat secretion.

Researchers demonstrated that despite serum concentrations of palmitic and stearic acids increasing to nearly identical levels postpartum, no stearic acid accumulated in the liver, even though liver concentrations of palmitic, oleic, and linoleic acids increased dramatically (four to six times in cows that developed fatty liver). The researchers observed similar changes in serum and liver fatty acid content in cows that did not develop fatty liver, but increases were of a lower magnitude (2-3x).

When dry matter intake (DMI) declines or energy requirements are greater than energy intake, alternate sources of energy must be found. If dietary energy intake is not increased, the body begins mobilization of body fat stores and fatty livers can develop. Feeding an appropriate supplemental fat can lower fatty liver risk factors. When choosing a supplement for transition and high producing cows, select a fat that: 1) does not depress DMI; 2) is high in stearic acid to minimize fat accumulation in the liver; and 3) has the highest Net Energy for Lactation to meet the cow’s energy requirements. 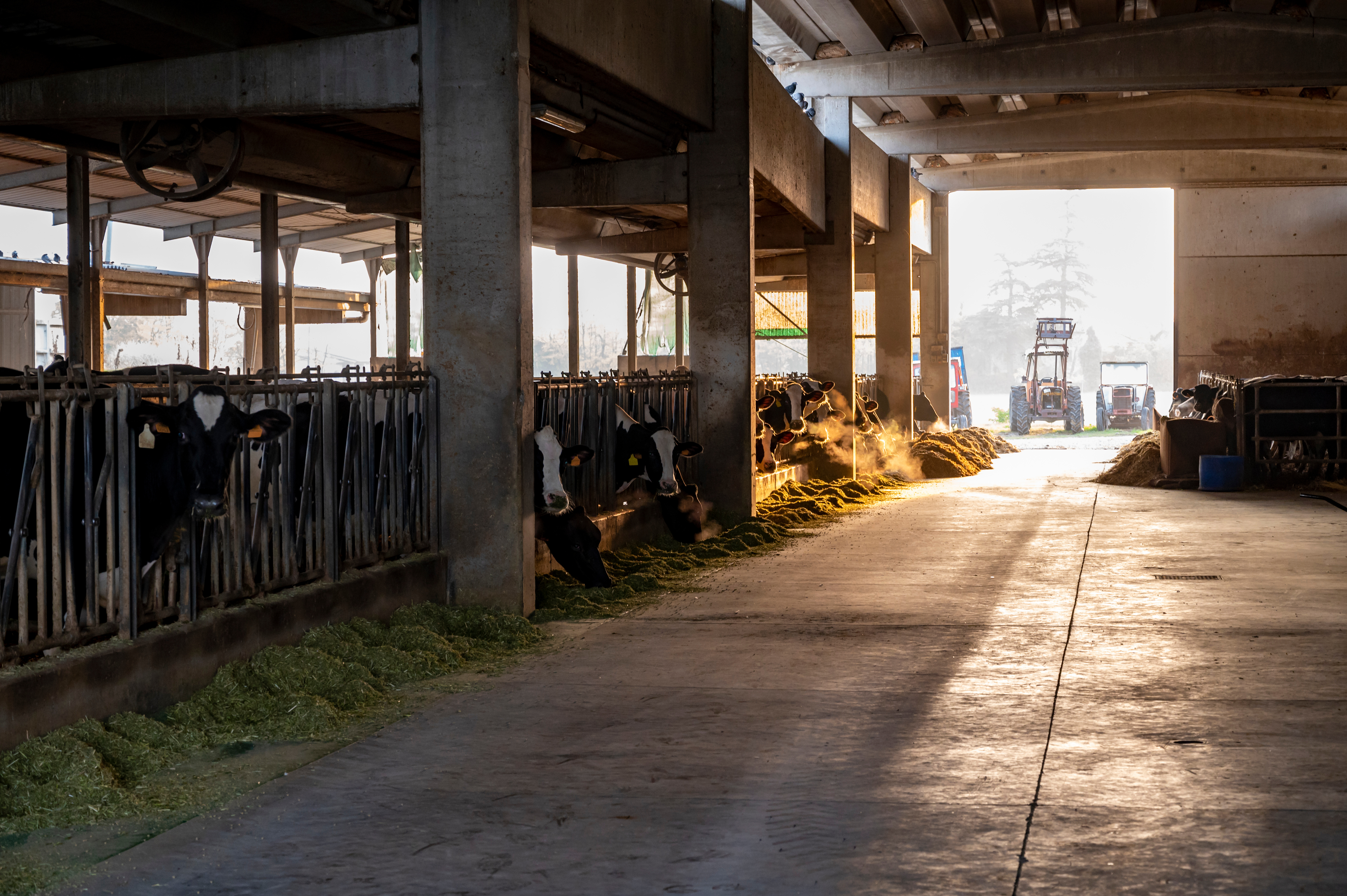 The critical element in how well cows fare after calving is energy balance. This in turn has several key components, namely length and extent of negative energy balance, dry matter intake (DMI), and body condition status.

Although the return to positive energy balance after calving varies considerably, the main factor in when this occurs is not milk production level, as many believe. In fact, researchers found that the time required to reach positive energy balance is independent of milk yield. Rather, the most important factor is net energy of lactation (NEL) intake, which is the product of DMI x energy density of the diet.

Since it is difficult to increase DMI in early lactation, the component to alter is energy, as long as it does not reduce DMI. When calcium soaps of fatty acids (CSFA) are used to increase energy density, intake is reduced, which results in more time to reach positive energy balance as seen in Figure 1 for first-calf heifers and in Figure 2 for older cows. The differences in intake between the Energy Booster 100 (EB-100) and the CSFA ration are based on NRC 2001,7 which established that a 1% inclusion of CSFA reduced DMI by 2.5%. This difference translates into heifers and cows fed an EB-100 ration achieving positive energy balance 30 days sooner than when fed CSFA.

So how does lower NEL intake due to decreased DMI affect productivity? Using NRC 2001 NEL values to calculate the effect of energy intake loss on milk yield, inclusion of CSFA trans- lates to reduced milk yield of 5 to 8.5 lb per day, which totals 1,100 lb over the first 140 DIM. If the reduced energy intake is instead converted into body weight loss, the range of daily loss ranges from about 0.75 to 1.33 lb, or a total of 176 lb over the first 140 DIM. In reality, some combination of both milk and body weight loss likely will occur. This energy deficit also negatively impacts reproduction because energy balance during the first 3 to 4 weeks postpartum is correlated with interval to first postpartum ovulation. 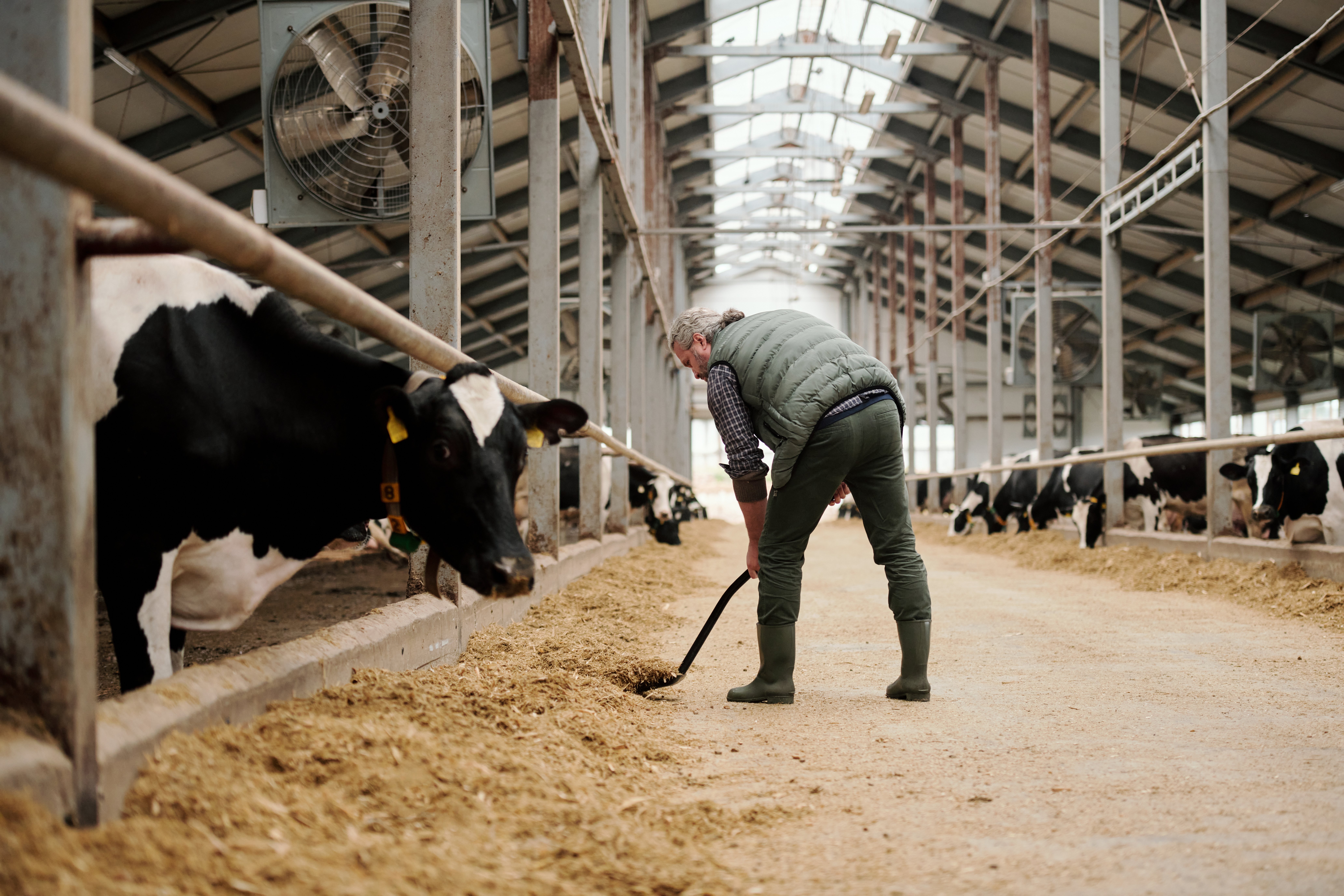 HOW DO YOU VALUE YOUR BYPASS FAT? 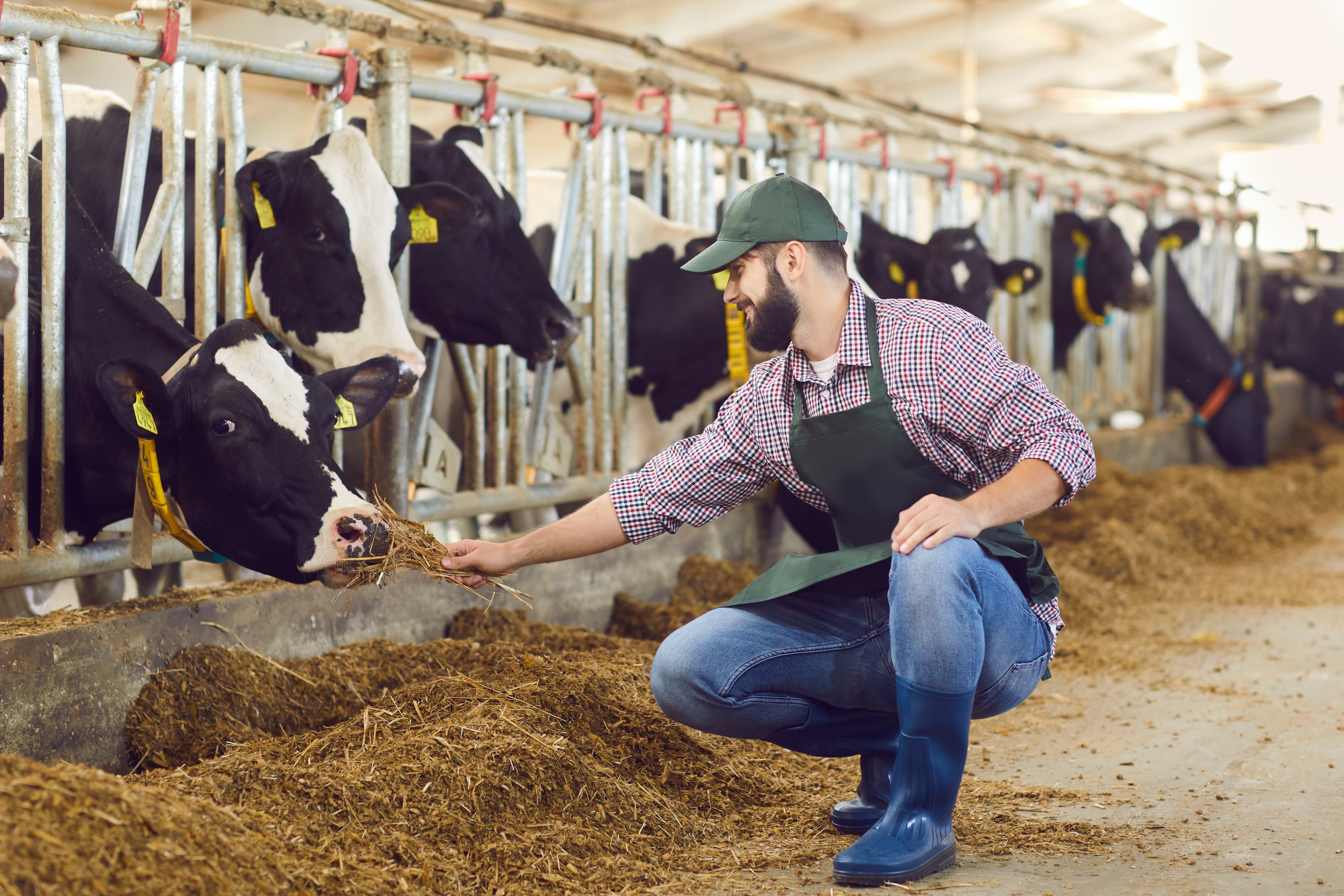 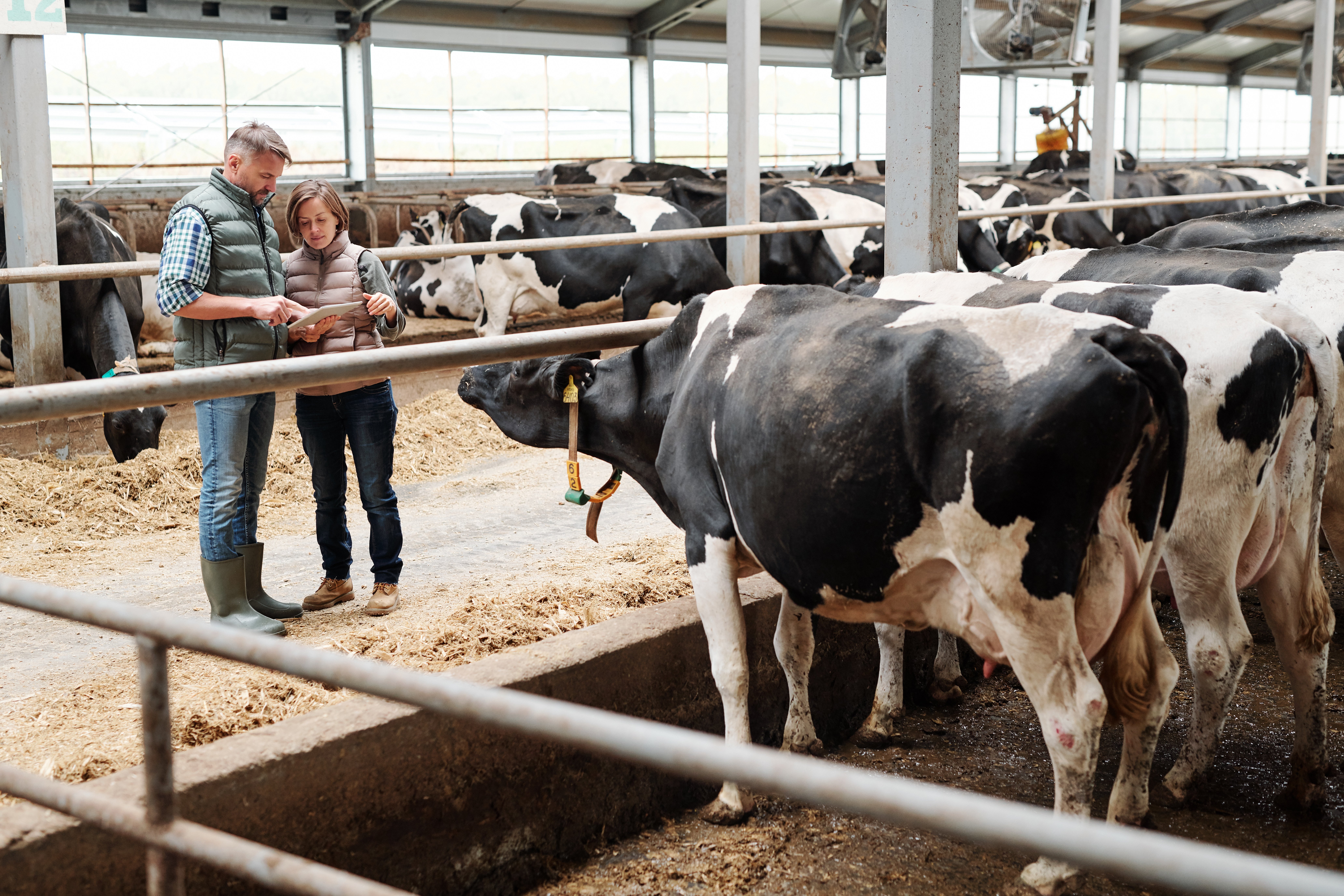 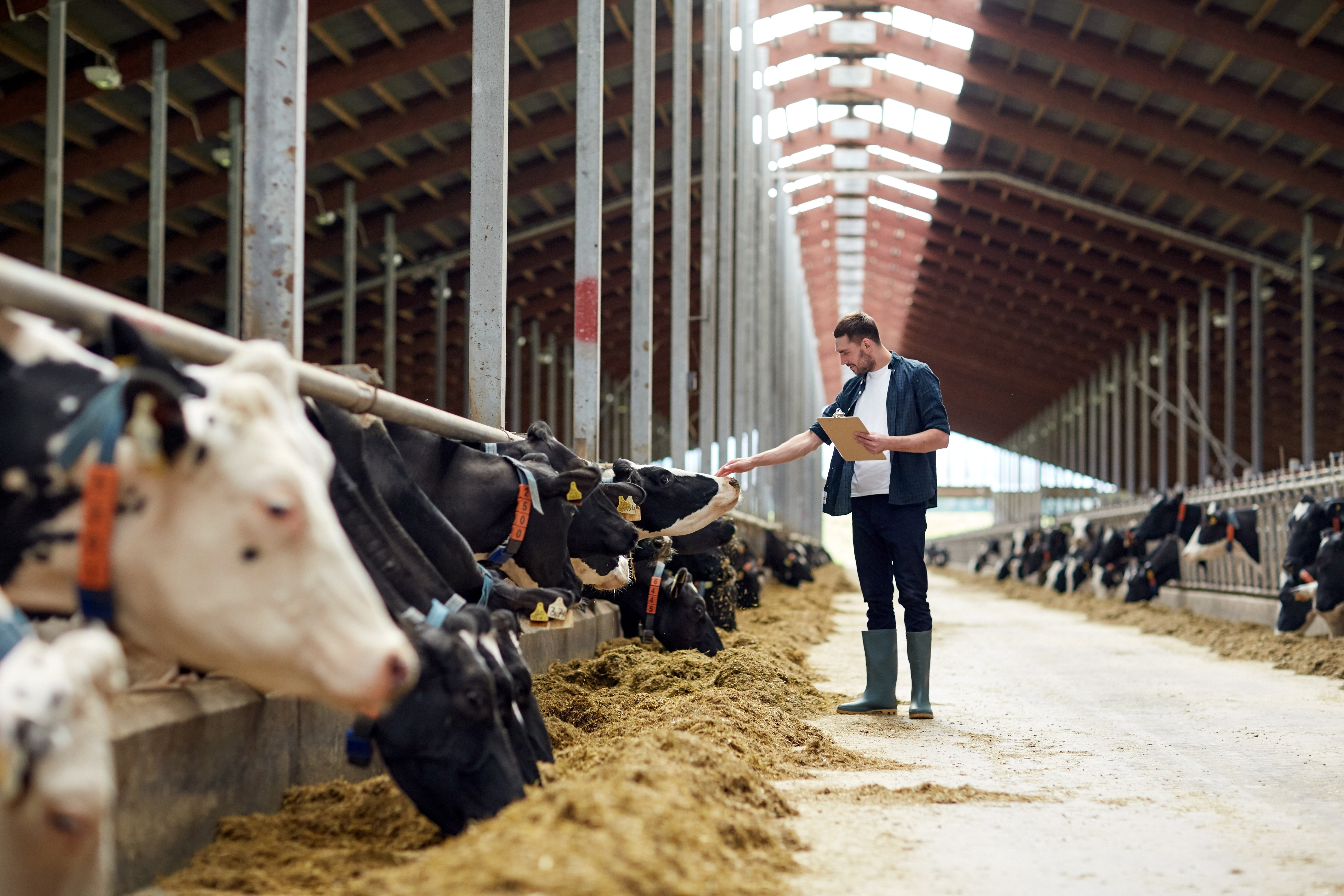 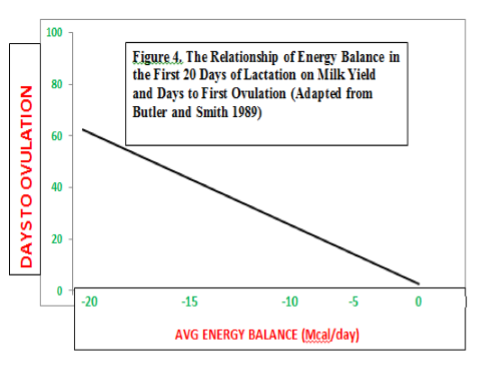 What should you expect from your bypass fat supplement? 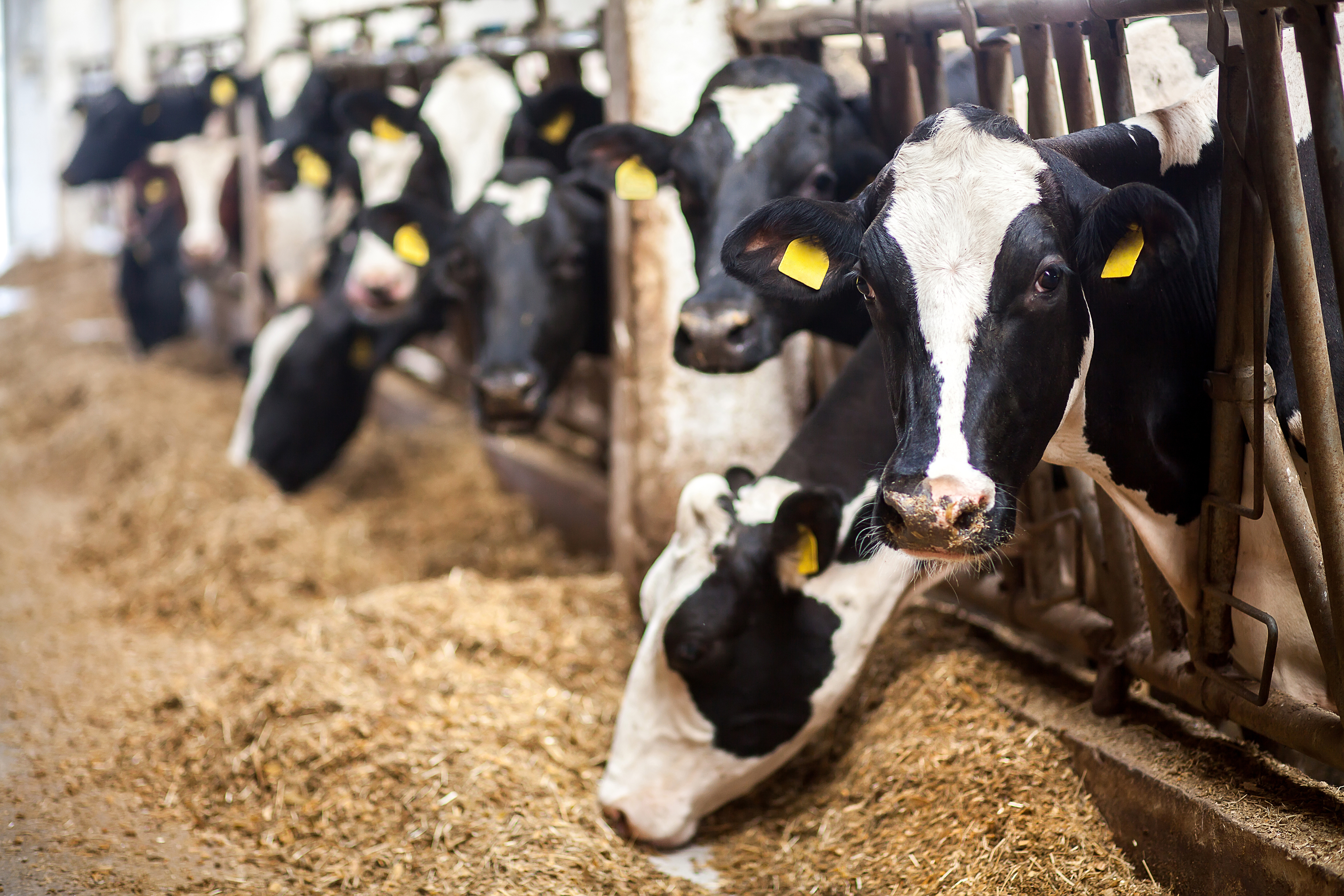